The National Rescheduled to November 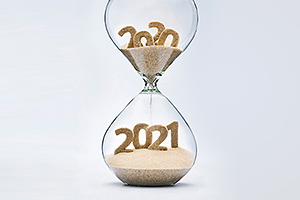 Soft-Tissue Treatment Is Another Form of Exercise

Mechanical loading by a practitioner is a form of physical activity performed on a patient.

Mechanical loading is the principal way our body maintains itself, especially with regards to tendons, ligaments, bone, muscle and fascia. Lack of mechanical loading results in atrophy and eventual cell death. Years ago, anyone with acute lower back pain was sent to bed for a week. We now know that as soon as a patient can move with minimal discomfort, they should get out of bed and attempt the movement – i.e., mechanical loading. Thus, just rubbing someone’s skin or deeper tissues is mechanical loading that may be considered a localized form of exercise.

The literature is replete with studies on mechanical loading and its resultant effects on the extracellular matrix (ECM), especially connective tissue and its collagen, tissue structure maintenance, release of growth factors, metabolic activity, protein synthesis, cell growth and survival, circulation, and gene expression. This is only a partial list of factors related to the mechanical load created by methods such as Graston, fascial manipulation, acupuncture and others.

Cell proliferation requires cell spreading and exertion of force on the ECM. Even internally, mechanical forces associated with blood flow play important roles in the acute control of vascular tone, the regulation of arterial structure and remodeling, and the localization of atherosclerotic lesions.1 It is hypothesized, for example, that "stress concentration" on the walls of arteries due to arterial pressure and accompanying stretch relates to the localization of atherosclerotic plaques in particular arterial areas.2 So, mechanical forces that are crucial to the regulation of cell and tissue morphology and function could have both positive and negative effects (overuse, trauma, etc.)

In order for mechanical load to exert its effects, it is necessary for a process of mechanotransduction to occur, whereby stressed cells convert mechanical stimuli into chemical responses. The description as to how all this works is very complicated, but certain terminology should be part of our lexicon.3 In the field of biochemistry, a receptor is a molecule most often found on the surface of a cell, which receives chemical signals originating externally from the cell. Through binding to a receptor, these signals direct a cell to do something; for example, to divide or die, or to allow certain molecules to enter or exit.

Receptors are protein molecules embedded in the plasma membrane (cell surface receptors), or the cytoplasm or nucleus (nuclear receptors) of a cell, to which one or more specific kinds of signaling molecules may attach. A molecule that binds (attaches) to a receptor is called a ligand, and may be a peptide (short protein) or other small molecule, such as a neurotransmitter, a hormone, a pharmaceutical drug or a toxin. A ligand is a signal-triggering molecule, binding to a site on a target protein (receptor).

An important receptor is called an integrin; it connects the inner structure of the cell (cytoskeleton) with its surrounding ECM. Integrins sense mechanical forces (stretch and fluid flow) and transmit mechanical stresses across the plasma membrane into the cell. By regulating signaling pathways, they transduce physical forces into chemical signals.

Not only do integrins perform this outside-in signaling, but they also operate in an inside-out mode. Thus, they transduce information from the ECM to the cell, as well as reveal the status of the cell to the outside, allowing rapid and flexible responses to changes in the environment. Integrins are the sensors of tensile strain at the cell surface and play a crucial role in linking the ECM to the cytoskeleton. Mechanical loading creates tensile strain, among other things.

The concept of the receptor-ligand interaction is one of the most basic in all of biology. It is a key element to the functioning of all biological systems. It allows neighboring and distant cells to communicate with each other. One cell may have a receptor in its membrane and when it binds to a matching ligand on a neighboring cell, the receptor performs some action. Typically, this action is to take an existing protein and modify it in some way; to either activate or deactivate it.

It appears that the acupuncture theory of chi and "vital energy" can now be explained by the effect of mechanical load on points located in the fascial system, resulting in a receptor-ligand interaction. Both physical activity and the laying on of hands and/or instruments are stressing and exciting this cellular interaction. It remains for the clinician who uses mechanical load on soft tissue to continually improve their skill by determining – through trial and error, and controlled studies – exactly where to put their hands, and to measure whether the loading of a particular area will improve function.