A Leading Educator in Acupuncture and Chiropractic

It was with sadness that I read the obituary of Dr. Richard Yennie in the Oct. 20, 2013 Kansas City Star. However, reading it also brought reflection and warm memories, as he was a close family friend of my grandparents, Cleveland College founders Drs. Ruth and C.S. Cleveland Sr.; and my parents, Drs. Mildred and Carl Cleveland Jr.

As I was growing up, Dr. Yennie and his wife, Sue, were frequent visitors in the Cleveland family home; they shared an enthusiasm for ballroom dancing on Saturday evenings and regularly joined with my parents and other friends at the K.C. Pla-Mor Ballroom. The Yennies were most active in the college social and alumni events, and repeatedly referred students to Cleveland and introduced so many to a career in chiropractic.

Some of my earliest recollections include memories of Dr. Richard Yennie. I recall that as an 8-year-old, I eagerly looked forward to Saturday mornings, when I would join other boys my age taking lessons at the Yennie Judo and Karate Studio in midtown Kansas City.

As far back as I can remember, Dr. Yennie was a frequent lecturer at college and state association events. Although in my early years I did not understand the depth of his message, even as a young child I was captivated by Dr. Yennie's presence in personal conversation, as well as in front of the audience at the lectern. Anyone who ever attended one of his presentations will attest to what I am saying. 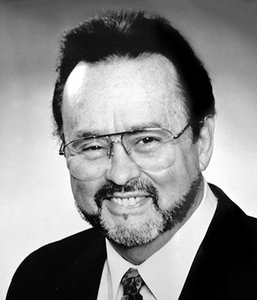 Graduating in 1953 from Cleveland Chiropractic College - Kansas City, some 60 years ago, Dr. Yennie has shared his message and inspired generations of thousands around the world, including doctors of chiropractic, students and chiropractic assistants, speaking on chiropractic, acupuncture and natural healing. He mentored many a young graduate on beginning the business of chiropractic. I am sure each of you who knew him has a personal story and good memories to share, and that you join with me and the others throughout the profession holding prayers and good thoughts for Dr. Yennie and members of his family.

For me personally, Dr. Yennie was a role model as a doctor of chiropractic, inspirational leader, public speaker and most of all, a good friend. He would frequently close his message from the lectern by stating: "Chiropractic was once a lone voice in the night ... and today represents voices in a chorus singing a message of natural healing around the world."

We already miss you, Dr. Richard.

To review the lifetime achievements of Dr. Richard D. Yennie in the obituary section of the Oct. 20 Kansas City Star, click here. For more information on Dr. Yennie and his contributions to chiropractic, read "The Rarest Breed of Pioneer: Richard Yennie and the Rise of Acupuncture in America" published in the Summer 2009 issue of CCC-KC's web newsletter, Health Insights Today.