I do not care what the truth is, one way or another; I just want to know it. And when it comes to dietary supplements, the truth can be hard to find for a number of reasons. When a recent headline stated that multivitamins are a waste of money,1 it prompted today's analysis on interpretation and comprehension of dietary supplement research.

This is the biggest problem for the public because so many headlines from large studies seem to routinely conflict. For example, consider two of the best-selling supplements, calcium and omega-3 fatty acids. In February 2013, a large Swedish study reported that women who took calcium supplements doubled their chances for heart attack and had a higher mortality rate than women who did not take calcium.2 In May 2013, a Canadian study found that calcium supplements up to 1,000 mg a day lowered mortality rates.3 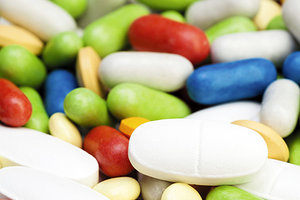 Most of our nutrition news comes from sound bites which, in general, come from press releases and/or abstracts. Anyone who reads scientific papers knows abstracts do not always tell the whole story. Press releases can be even more misleading. In fact, most of the public and many professionals get supplement news from a summarized summary, which makes the odds of misinterpretation higher than anybody would like. And that's before the information is manipulated by advertisers to sell products.

It's pretty obvious that the headlines can be confusing for health care professionals, let alone our patients. The good news is that bias, misinterpretation and confusion can decline substantially when we read the entire study from the original authors. Just knowing how the study was conducted and all of the results allows a person to evaluate both the reporting and the response to what we hear from the media

Unfortunately, few have the time to evaluate the source of whatever conclusion makes headlines. In turn, many people make the mistake of taking – or not taking – something based on group percentages, rather than determining if their individual intake is adequate.

What I Tell My Patients

Dietary supplements provide what an individual's diet lacks. It's like putting air in your tires: the lower the tire pressure is, the more air your tire needs and the more you feel the difference when the "air deficiency" is treated. But once you have enough air, more is not better.

Unfortunately, most people take dietary supplements based on either media reports or what a friend or acquaintance tells them. Using the tire analogy, they put air in their tires without reading the gauge to see if they're low or re-reading the gauge to see when they have enough. So, when a news report of a large study states, "Most people do not have enough air in their tires," it does not mean your tires need air. For that information, you must check your own tires.

What I Tell Health Professionals

Finally, with respect to the studies I used as examples, taking calcium supplements when diet provides more than enough calcium (i.e., more is not needed) is unwise and can be harmful.2 Many misinterpreted this to mean "calcium pills will cause heart attacks," rather than "taking high supplemental doses with zero need for any supplemental calcium can be unhealthy." On the flip side, getting enough (but not too much) calcium is healthy.3

In the two omega-3 studies, which, at the times they were released, were used to either support4 or oppose5 the use of fish oil pills, neither study actually was on omega-3 supplements. In both cases, blood levels of omega-3 fatty acids were measured and conclusions were made on those values. Those who took the time to read the research discovered that the study which concluded fish oil supplements could lead to prostate cancer got its data from a vitamin E and selenium study.5