Recently, multivitamin use was (depending on your nutritional politics) questioned, criticized or attacked. The news was based on a blistering commentary on three new studies showing that using multivitamins had little effect or no effect on cancer, heart disease and dementia. The following are quotes from the conclusions from each study: 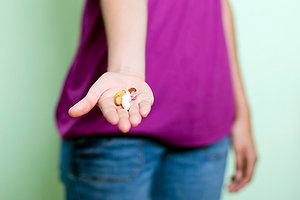 In turn, this provoked a blistering commentary titled, "Enough Is Enough: Stop Wasting Money on Vitamin and Mineral Supplements,"4 that made national news. The piece focused on multivitamin-multimineral use, even though the title indicated otherwise. After reviewing the findings of the three studies above, the authors stated:

"Other reviews and guidelines that have appraised the role of vitamin and mineral supplements in primary or secondary prevention of chronic disease have consistently found null results or possible harms." They went on to say, "Despite sobering evidence of no benefit or possible harm, use of multivitamin supplements increased among U.S. adults from 30% between 1988 to 1994 to 39% between 2003 to 2006, while overall use of dietary supplements increased from 42% to 53%."4

The following is what I told family, friends and patients who contacted me after this story broke: