Some of you may have noticed that after writing parts 1 and 2 of "Genetic Modification of Organisms for Human Consumption" a while back [Nov. 15, 2013 and Jan. 1, 2014 issues], part 3 never appeared.

I had planned to address the biggest myths put forth by both GMO supporters and opponents. However, as I missed deadline after deadline wading through a minefield of confusion and illusion in the hopes of identifying fact versus fiction, it became clear I would be defending an industry with a less-than-stellar track record.

For example, when I read GMOs are a "major threat to human fertility and very existence of human life on earth"1 by people who reject GMO science from the same organizations whose science they embrace in the debate on climate change, I expected significant data to refute organizations like the United States National Academy of Sciences, which states: "To date, no adverse health effects attributed to genetic engineering have been documented in the human population." But it isn't available.

In fact, one of the two most quoted papers by GMO opponents should have never made it through peer review to publication (my opinion), but once published,2 it should have never been retracted, either (my opinion again). The big splash the paper made when it was released became a much bigger splash when it was retracted. Conspiracy theories exploded and remain, even though it was ultimately republished.3 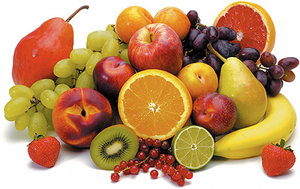 The other paper used as "proof" of GMO danger is a host of unproven suppositions and creative extrapolations.4 I read and re-read the paper, and the authors' definition of explaining disease in the modern world did not approach what I would describe as adequate, let alone confirmatory.

Of course, the opponents join the food fight (pun intended). I read one review5 that wasted time attacking the authors' credentials and dismissing leaky gut syndrome, rather than addressing the hyperbole the paper contained, such as "glyphosphate is the most biologically disruptive chemical in our environment" and can explain diseases in the modern world such as "inflammatory bowel disease, obesity, depression, ADHD, autism, Alzheimer's disease, Parkinson's disease, ALS, multiple sclerosis, cancer, cachexia, infertility, and developmental malformations."

As I said in part 1, I do not care what the truth is as long as I know it. Modification of specific genes has a tremendous upside and a potentially dangerous downside. However, mankind has been modifying genes in crops (and animals) for thousands of years, so living with the potential for a negative outcome is nothing new. The only difference is that with transgenesis, cisgenesis and intragenesis, we know the specific gene we modify. [See sidebar to learn more.]

The main argument against GMO (specifically transgenesis) is that, for example, DNA from a strawberry and a worm could never happen in nature. However, nature doesn't graft a branch from one plant to another, either; and it does not address other types of specific genetic modification.

All of which leads me to how this series started. I was curious, pure and simple. I have no dog in this fight and really did expect to find a lot more dishonesty from the giant agribusiness corporations than just lie about food prices rising $500 per family if GMO label laws pass. (It really surprised me that voters in California and Washington state believed them – after all, anyone who shops for food knows companies change their product labels all the time!)

The Dangers of Non-GMO?

That being said, after spending way too much time wading through minutiae from the opponents, I have concluded that the small percentage of the public who fear GMO in a disproportional manner have contributed to what has become an almost comical situation. Here are some examples:

1. A premium ice cream and frozen yogurt company recently announced its goal of becoming GMO free. This will involve scores of ingredient changes across a product line that features dozens of flavors. Eventually, the company will be able to tell its customers its product line is GMO free.

You see, sugar beets never existed in the wild. They are the result of years of modification through breeding of common table beets that would have never occurred naturally. Three hundred years ago, a scientist discovered sucrose in the roots of common table beets. It wasn't a lot (less than 5 percent vs. 20 percent in sugar beets grown today), but it was sugar.6

[At that time, all sugar came from sugar cane which only grows well in the tropics. Supply interruptions due to both weather and wars prompted a search for another source of sugar.]

2. Before agribusiness began to alter specific genes transgenically, in order to trigger a mutation they would use some form of radiation (X-rays, gamma rays or fast neutrons) or chemicals (such as nitroso-N-methylurea, which Wikipedia describes as "a highly reliable carcinogen, mutagen and teratogen")7 on seeds and pollen to break chromosome strands and alter DNA. When that happens, the recipe to make proteins becomes altered and the result is a defective or mutated seed they hope will carry improved traits.

The process is trial and error, and it doesn't take a rocket scientist to figure out most of what they burn and poison is not improved. When changes present after the "best" altered seeds are grown (they don't try to grow the "Frankenseeds"), we have no idea the number of genes involved, what genes were mutated, where they are located and what area(s) on the genes modification occurred.

And unlike the seeds that are altered specifically via transgenesis, DNA mutations with radiation and chemicals are unregulated. They do not have to undergo animal testing. They do not have to meet any environmental standards. If you ask experts in the field which process has a higher risk for creating something toxic, the unregulated process gets the nod.8

3. A top-selling organic rice in California (known as Calrose 76) can be traced back to seeds that underwent gamma radiation, which resulted in a shorter mutant grain that tended to stick together and retain flavor when cooked.9 Although large corporations such as Monsanto, BASF, DuPont and others involved in agribusiness would prefer to use precise GMO techniques to create mutations with desired traits, the backlash has resulted in them returning to using unregulated radiation and poison to randomly induce mutations.10

Please note: The rice seeds that were genetically modified with radiation three decades ago did not produce radioactive crops. And it doesn't bother me that it can be called organic (if grown that way). What I find highly ironic is that in today's topsy-turvy environment, if that rice had been altered transgenically and grown organically, it could not be called organic, even though knowing what gene we alter carries less risk than having no idea how many genes we alter.

Nathanael Johnson, writing for GRIST, quoted Dan Charles, the food and agriculture correspondent for NPR: "The dispute over genetic engineering involves facts, to be sure," he wrote. "But its parties disagree far more passionately over the story. They quarrel over the nature of the characters, the plot, and over the editing. They also feud over the unknowable: the ending."

A genetically modified organism (GMO, also called "genetically engineered") is a plant, animal or microorganism that contains genetic material from a source or species that could not occur naturally. For example, the Arctic flounder lives where other fish can freeze to death. It's "anti-freeze" gene has been inserted into strawberries to produce a variety that can withstand freezing temperatures.

Now, I am guessing most people who read this article would not consider a strawberry like that dangerous – even if it's blue. But this is not how the GMO controversy began. It started when companies who used to make things like DDT and Agent Orange began to insert genetic material into the seeds they sell to farmers ... so bug poison and weed poison they also sell to farmers could be used on the crops without killing them. The 53 people who died in Germany from eating organic sprouts in 2011 thought they had bought safer food – which leads to another overlooked aspect of the GMO safety debate: context.

Eating food carries a health risk humankind has been dealing with since day one. Every year, people die from eating poison food. We do not want to eat food that is full of pesticides and/or herbicides. We do not want to consume food that is infested with insect eggs, rodent droppings, parasites, mold, fungus, bacteria or viruses. We do not want to get sick from rot, rancidity or decomposition in food; much less any of the hundreds of substances we add to preserve our food and make it easier to prepare.

If the DNA in a seed leads to a plant that will make us ill, we don't want to eat it, whether the DNA was altered with natural material of a different species or by an unnatural chemical. We don't know many types of natural processes that can damage what we ingest.

Which leads me to another important point: Everything natural is not healthier than everything artificial. In fact, how we define natural needs some context because most of the food crops we grow have been so artificially altered for so many years that they can only survive with human assistance. Or to look at it another way: I don't like the idea of my salad getting zapped by some sort of ray, but if that had been done to the sprouts in Germany, the E coli would have been killed and the 53 people who died would be alive to worry about the radiated food they ate that day.

Something else to think about is this: If all GMOs were banned tomorrow, farmers would still use weed killer and bug spray. The question I can't yet answer is if we're better off using less herbicide and more pesticide, like we did before GMO crops; or more herbicide and less pesticide, as we do with GMO crops.

In closing, I believe it's wise to watch these companies very carefully. But it is unwise to place all GMO products and promise in one sinking boat; or try to use one set of rules for what should clearly be a case-by-case approach. After all, if someone could insert DNA from a virus into peanuts and wipe out all death from peanut anaphylaxis (unless an allergic person ate an organic peanut by accident), banning that procedure because you oppose inserting a different virus into a peanut so weed or bug poison won't kill it makes no sense.