The World According to Chiropractic

Digital Exclusive
How Do You Talk With Your Patients About COVID?

Do Doctors Lie to Patients? (Do You Lie to Yours?)

In a previous column ["When Patients Lie (Bribe or Flatter)," Oct. 1, 2015], I discussed the issue of patients lying to doctors, and the many reasons why this can occur.

Patients may want their medical history to "sound healthier" or appear to be more disciplined than they really are, such as with exercise. They may exaggerate symptoms to get an earlier appointment or MRI. And of course, there is the secondary gain inherent in personal-injury cases. But equally important in the doctor-patient relationship is the veracity of the physician. What are some of the reasons a doctor would lie to patients?

John Palmieri, MD, discussed this topic in a 2009 article in The Primary Care Companion to the Journal of Clinical Psychiatry. He notes that physicians often minimize problems, fail to tell the whole truth or resort to overly simplified explanations. Two examples of potential omissions are the delivery of bad news and the admission of errors.

Many studies exist that have looked at why it is so difficult for providers to tell a patient bad news. Doctors sometimes downplay the negative information or mislead patients by being overly optimistic, when the truth is seriously grave and sobering. No doctor wants to say, "Put your affairs in order," which is an old-fashioned way of saying, "There is nothing more we can do; you are going to die."

Nowhere is this practice more common than in Japan. MDs in Japan possess strong authority in the culture, and a patient asking too many questions is often considered rude. Consequently, bad health news is often distorted, omitted or obfuscated by the doctor. If a grandmother has terminal cancer, for example, the doctor usually tells the family the bad news, not the patient. Then the family can decide whether to tell grandmother the truth. 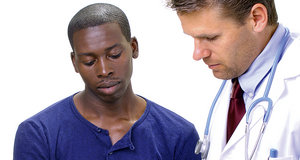 Practitioners in Japan often reason that they do not want to confuse patients, cause unnecessary emotional pain or eliminate hope. But a survey by Miyako, et al., in BMC Medical Ethics showed that 86 percent of Japanese polled said they would prefer full, truthful disclosure in such cases.

The admission of errors by health care providers is the second, and more sobering of health provider omissions. Lisa Iezzoni, MD, et al., did an often-referenced survey in a 2012 Health Affairs article, asking physicians under what circumstances they would lie to patients. Almost 1,900 doctors were polled; one in 20 admitted they had told a patient an "untruth" in the previous year. Two in 10 said they anticipated needing to hide medical errors from patients in the future. In the case of a very serious medical mistake, a full one-third of respondents admitted they would attempt to cover up or downplay the significance of the error.

When Doctors Need to Lie?

Sandeep Jauhar, MD, wrote an opinion column in The New York Times, Feb. 22, 2014, titled, "When Doctors Need to Lie." He tells the story of a 22-year-old man who needed a heart transplant, but even that might not save his life. The young man's father begged the doctor not to tell his son the bad news, but instead to tell him he was going to be OK as long as he followed the doctor's directions. Dr. Jauhar did just that, taking the next few days to ease the patient into understanding his true and unfortunate health status.

Dr. Jauhar then explains in the opinion piece why he still believes this was the right thing to do. He took the "paternalistic" approach. Paternalism on the part of the "healer" versus patient autonomy is not a new tension between doctor and patient. It is at the core of a therapeutic relationship. At one extreme end of the spectrum, the doctor could say, "Trust me, I know what is best for you." At the other end, he could say, "Let me know what you want, and I'll do my best to achieve it."

Providing unnecessary services to generate more income occurs in health care as it does in automobile maintenance. It's out there and hardly needs to be discussed at length. But what I find just as disturbing is promising to cure the patient,when the probability is low or unknown.

This is not unique to any healing art, but I am especially dismayed to witness it within chiropractic. What research is a DC relying upon when telling a patient they will need 150 visits over a year's time to correct their condition? A chiropractor may not be actually lying to a patient when a lengthy or doubtful treatment plan is offered, because the DC may hope the patient responds favorably. But the use of evasiveness or omission may be in play in order to sell the plan.

Whatever Happened to "Patient-Centered" Care?

Patients and doctors lying to each other may not be as common as this discussion suggests, but the topic deserves respectful further study. The term patient-centeredness was used by the Institute of Medicine in 2001 as an essential feature of a high-quality health system; the "true North" that should guide all health reform. That was 15 years ago, and there is faint evidence that the patient has moved further into the "center" of that reform.

Meanwhile, "paternalism" from the health care provider now seems to be increasingly shared, and perhaps controlled, by the bureaucrats of the payer / provider corporations, in liaison with the government.

As information about the patient and the doctor becomes increasingly public and easily accessed, obfuscation in the therapeutic relationship will be more problematic. Despite the best safeguards, everybody can now know almost everything about anyone. Social media can unfairly demonize a doctor or embarrass a patient.

But will our Brave New Health System be one of patients without secrets and doctors without power? We may yearn for the old days of telling "white lies," and awkward conversations between providers and patients.