Taking Another Step Toward a Secure Future

Editor's Note: This article is co-authored by Wayne Whalen, DC; Craig E. Morris, DC; Ronald J. Farabaugh, DC; and Gary Globe, PhD, MBA, DC, co-authors of the updated LBP guideline. Brief bios appear at the end of this article, along with the complete list of all guideline authors.

In 2008, the Council on Chiropractic Guidelines and Practice Parameters (CCGPP) released a literature review on chiropractic care for low back disorders. The CCGPP developed this guideline using a modified Delphi process in which evidence-informed seed statements were developed by a committee and then administered to a large panel of expert reviewers. Consensus was achieved if 80 percent of the DCs reviewing each statement were in agreement.

The development of this first guideline was a response to a reimbursement environment that was beginning to limit chiropractic care. Various insurers and state worker's compensation systems were starting to use existing national guidelines, such as the American College of Occupational and Environmental Medicine (ACOEM) guidelines, but these had limited or no input from the chiropractic profession. At that time, no condition-based, chiropractor-organized guidelines existed for low back pain.

Therefore, the CCGPP drafted a historic guideline based upon scientific literature and consensus from chiropractors across the U.S. This initial guideline had an impact in various areas. For example, it was instrumental in preserving a DC's right to treat injured workers in the state of California, and in helping the profession maintain its role in other venues. The CCGPP was able to get one of the largest guidelines companies, Official Disability Guidelines (ODG) by the Work Loss Data Institute, to recognize the guideline; and suggested payers may want to consider up to two rounds of 12 visits when appropriate. 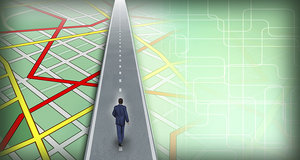 One effect of the original guideline was that third-party carriers who relied on ODG for guidance finally had a guideline from the chiropractic profession recognized by ODG. The CCGPP also submitted the LBP guideline to the National Guidelines Clearinghouse, a nationally recognized public resource for evidence-based clinical practice guidelines from the Agency for Healthcare Research and Quality. This meant anyone in the world including all other health care professions could access the CCGPP low back pain guideline, and use it for policy- and decision-making.

After publication of the guidelines in 2008, CCGPP authors published two additional articles that expanded terminology and provided comprehensive algorithms to help doctors follow an evidence-based model for treating patients with low back pain.

In 2015, we were called upon to develop an updated version that combined all three of the previously published back pain guidelines. This update was done by: 1) searching all the relevant literature published since the original guideline was written, 2) developing seed statements and 3) submitting to a large panel of experts and revising until consensus was reached.

As with the previous guidelines, this effort involved a broadly representative group of chiropractors. The revised guideline panel also included participation by an acupuncturist / medical doctor, an orthopedist, a massage therapist and a physical therapist. The 2008 panel consisted of 40 panelists, while the update panel consisted, similarly, of 37 panelists.

In the original paper, 27 seed statements were sent to the consensus panel. This updated version produced 51 seed statements by comparison, seven of which required slight modification during the Delphi process before consensus was reached.

The new guideline has been accepted for publication in the Journal of Manipulative and Physiological Therapeutics and is being submitted to the National Guidelines Clearinghouse. Helpful features of the updated LBP guideline include the following:

This updated LBP guideline provides the chiropractic profession with a highly usable and defensible document that is based upon published evidence as well as expert consensus. Through the Delphi process, this document represents mainstream chiropractic care and is based on science. It provides doctors with a tool to show they are practicing within the standard of care.

This guideline is not intended to be a one-size-fits-all recommendation. Individual patients may require more or less care based upon their history of injury, age or the presence of co-morbidities. Occasionally, there will be patients who will vary from the normal treatment recommendations and require additional courses of care. This should be carefully documented and include the use of outcome measures. However, it would be expected that most cases seen by a chiropractor would typically fall within the treatment frequency ranges recommended by this guideline.

This guideline is flexible, allowing the chiropractor to provide treatment based upon patient presentation, clinical judgment and patient preferences. The updated guideline includes new research, and combines the findings in the acute and chronic low back guidelines and algorithms to create a comprehensive document that covers most aspects of chiropractic management of back pain, acute or chronic.

This guideline improves patient care. It marks a significant stride forward toward greater consistency in evaluating and managing patients with low back pain. Patients with access to this information will be well-armed to know what mainstream conventional chiropractic care should look like for their condition. The chiropractic profession has promoted active care (exercises) for more than a century. However, the general public and payers need to be reminded of this critical point, and our updated guideline does just that.

This guideline helps communicate what we do to other providers and payers. Doctors benefit by having a reliable, evidence-based guideline on which to base evaluation and treatment decisions. This will improve outcomes, promote consistency, and reduce costs to patients and third party payers. Governmental agencies and third-party payers now have an evidence-informed practical guideline, developed by the chiropractic profession, upon which to base coverage and reimbursement policies. Additionally, other health care providers interested in providing a more integrated approach to patient care will have a road map upon which to base their expectations when they work with chiropractic doctors. So, with this guideline, everyone wins!

We feel this LBP guideline is a lifeline to strengthening credibility of chiropractic practices with the public and payers, and lays the groundwork to increasing acceptance in whatever health care system unfolds. This guideline can become a "Rosetta Stone" by translating evidence into practice that vastly improves clinical methods and outcomes.

This information forms a contract between the profession, patients and payers by saying if we follow this guideline, patients will have critical access to needed care in a reasonable way. This new guideline will help us continue to make forward progress through the decades ahead.

Dr. Craig Morris is a 1981 graduate of, and retired clinical professor from, Cleveland Chiropractic College, Los Angeles. He is board certified in chiropractic rehabilitation and the editor of Low Back Syndromes, Integrated Clinical Management (McGraw Hill), a multidisciplinary textbook. He has taught sports / rehabilitation on all five continents.

Dr. Ronald J. Farabaugh, past chairman of the CCGPP, been in practice since 1982, and has published on chiropractic guidelines and case management. Recently, he was elected to the Council on Chiropractic Education (CCE) as a Councilor-Category 2, representing clinicians. In 2015, he was positioned as the National Physical Medicine Director for Advanced Medical Integration Group, LP. He is also the founder/owner of www.chiroltd.com, an evidence-based, patient-centered, practice-management company dedicated to assisting DCs establish a more evidence-based office and referral mindset.

Dr. Gary Globe received his DC in 1981, MBA in 1994 and PhD from the USC Keck School of Medicine in 2004. He practiced chiropractic for 15 years, followed by a decade in various academic roles. Dr. Globe currently is an outcomes researcher at Amgen, Inc.